Georgetown is one of the most historic areas of Washington, DC, having been established since 1751, when the Maryland Assembly authorized a town on the Potomac River on 60 acres of land belonging to the Beall and Gordon families. It is the oldest neighborhood in DC. It was named in honor of King George II and became a bustling shipping center, catering to the European and West Indian trade. It retained then and now still, has its own unique character.

Historic Georgetown runs south of R Street to the Waterfront, east to 26th Street as it approaches Dupont Circle, and west to 36th Street, ending at Georgetown University’s campus. Many of the homes in historic Georgetown were built prior to the automobile. Consequently, parking is not always available with some of the smaller townhomes. Many of the historic homes in Georgetown have conservation easements that restrict renovation and/or subject it to review and approval by the Georgetown Historical Society and the Washington, DC Fine Arts Commission.

Georgetown is a cohesive community with an active Citizens Association and Business Development District, where walking everywhere is part of its overall charm. Local business owners are vested in their community as well, and do much to support its beautification and a thriving, safe neighborhood. The intersection of Wisconsin Avenue and M Street is considered the heart of Georgetown’s commercial district where one can find trendy shops, restaurants, old style taverns, ethnic food and European cafes.

There are many historic homes in Georgetown that are open to the public and are now museums. Among them are:  Dumbarton Oaks and its lush gardens in East Georgetown; Tudor Place, also in East Georgetown, built by the Architect of the Capitol, William Thornton; Dumbarton House (owned by the Colonial Dames of America). As is true in many other parts of Washington, verdant green parks can be found throughout Georgetown and vary in size and flavor.

Living in Georgetown is a sought after proposition by many locals and transplants who have moved here for work and decided to stay in DC, touched by what the locals call “Potomac Fever.” 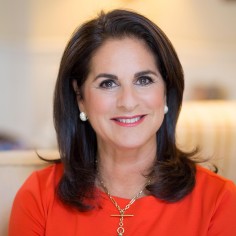